Chocoholics, be forewarned.  Reading any further could  be dangerous if you’re on a mission to sidestep the chocolate food group.  Otherwise, read on.  You’ll be treated to the absolute BEST homemade brownies you can sink your teeth into.  They easily blow all boxed competition out of the water. 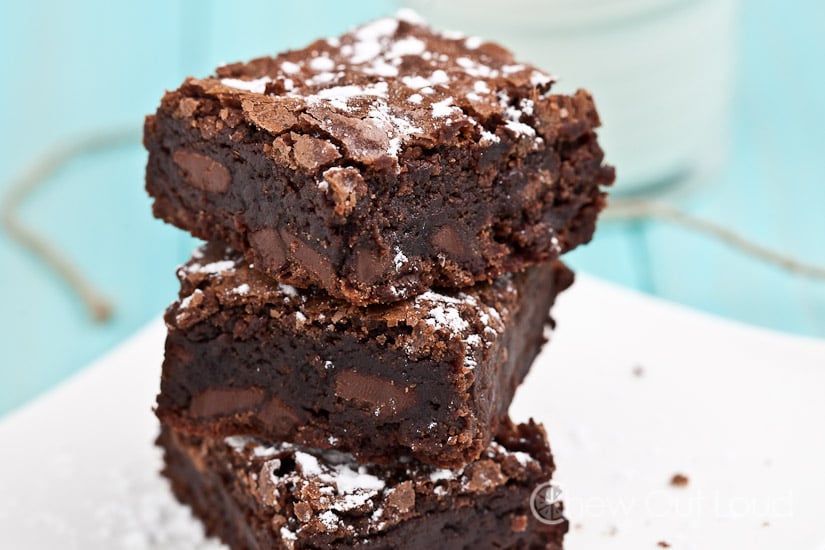 We’re a family of brownie lovers.  Hubby has been making them from scratch since he was 13, to satisfy his and his siblings’ Friday night munchies.  Our sweet-toothed children would inhale brownies by the buckets if allowed.  It’s a party in their lunchbox if a little brownie square is found hidden behind the sandwich.  Me?  I’m with the chocoholics, so it’s a given that brownies are considered highly dangerous territory for me. 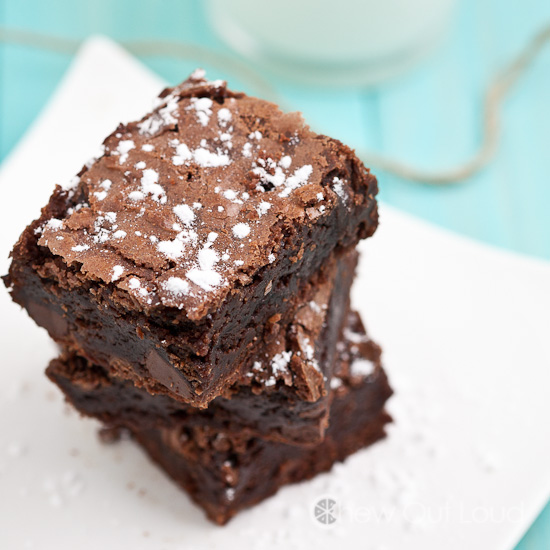 A little bit of danger can be good 🙂  Only if it involves chocolate that’s truly worth the eating.  Admittedly, I fully embraced boxed brownie mixes before meeting these Chewy Triple Chocolate Brownies.  Every past attempt at homemade-from-scratch brownies just could never quite parallel the chewy moistness of their boxed counterparts.  Until this game changer came along.

In truth, these Chewy Triple Chocolate Brownies do not simply parallel the boxed stuff.  These homemade brownies completely outshine our favorite box mixes.   To prove it, I did a side by side comparison brownie bake-off.  For our neighborhood party, I made three different batches of brownies.  The Chewy Triple Chocolate Brownies went up against two other brownies, including Ghirardelli’s popular brownie mix. 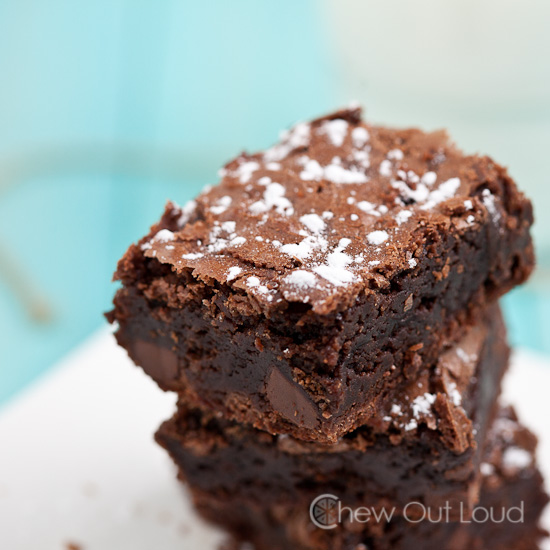 We were amazed by how clearly these homemade brownies stood out.  They have such a rich, complex, chocolate flavor.  A perfectly thin crisp top.  A chewy, dense moistness that can’t be beat.  It honestly wasn’t even a contest.  Next to these homemade ones, the boxed brownies tasted surprisingly artificial.  The Chewy Triple Chocolate Brownies were snatched up in a wink.   Once you taste these, you simply won’t go back to the box.

Ready for some dangerous chocolate territory? 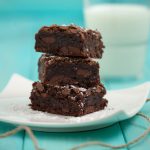 There are no words to describe how crazy great these brownies are. You simply have to try them for yourself.

By Chewoutloud, adapted from Baking Illustrated