‘Tis the season.  Apple season.  Our local markets will be teeming with bushels of various varieties of apples.  Since moving to the midwest, it’s become tradition for our family to head out to the apple orchards where we pick too much fruit, drink too much cider, and jump in too much hay.  Sometimes there are little petting zoos, big tractor rides, and silly corn mazes. It’s a welcome break from the rush of everyday life.  A cherished opportunity to enjoy the pure simplicity of outdoor family fun. 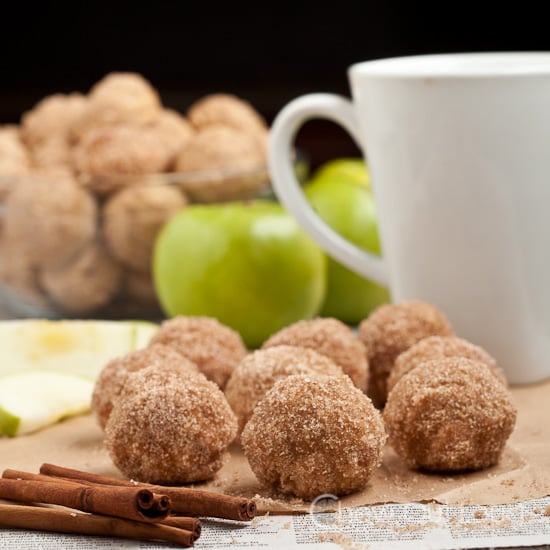 I’ve always loved the warmly spiced doughnuts of apple season.  Though I don’t often make fried foods, I’m not against eating them 🙂  In fact, I once made some fried doughnut holes that tasted fabulous but looked like little aliens.  The boys thought it was cool.  They didn’t resemble pretty round doughnuts, yet we devoured every last one.  Don’t judge a book by its cover, or something like that. 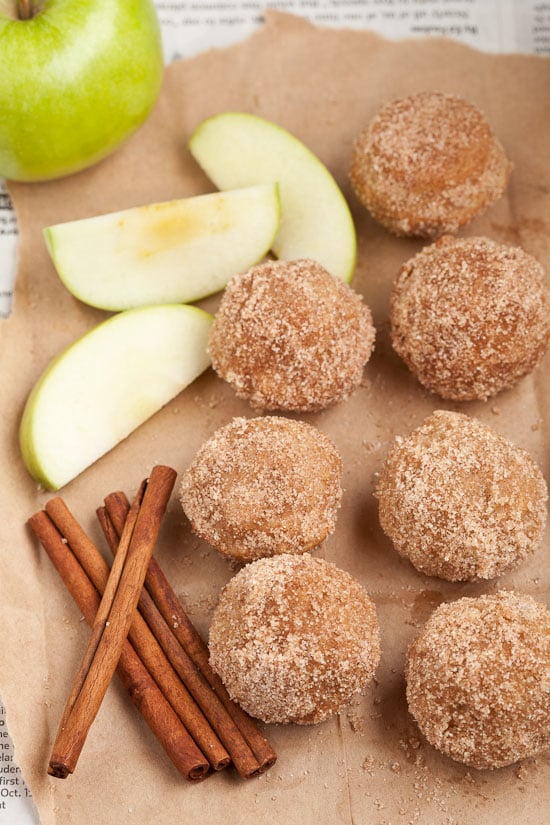 This time, I opted for the healthier baked approach to my apple doughnut holes.  They indeed turned out nice and hole-y. Perfectly cute little balls of lightly sweetened apple dough, baked to tender perfection.  The ample cinnamon sugar coating is what makes these apple spice doughnut holes so yummy. 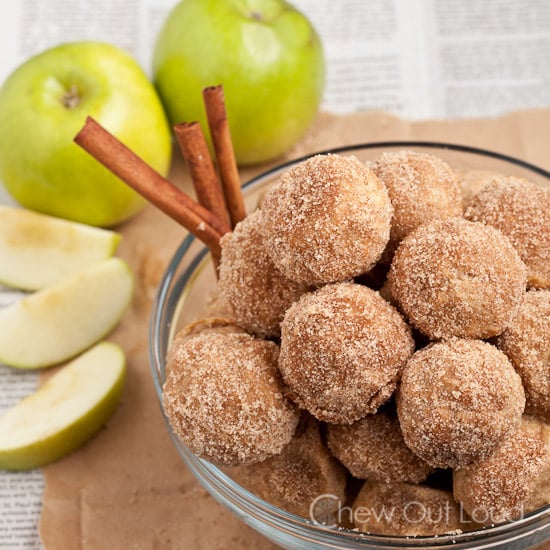 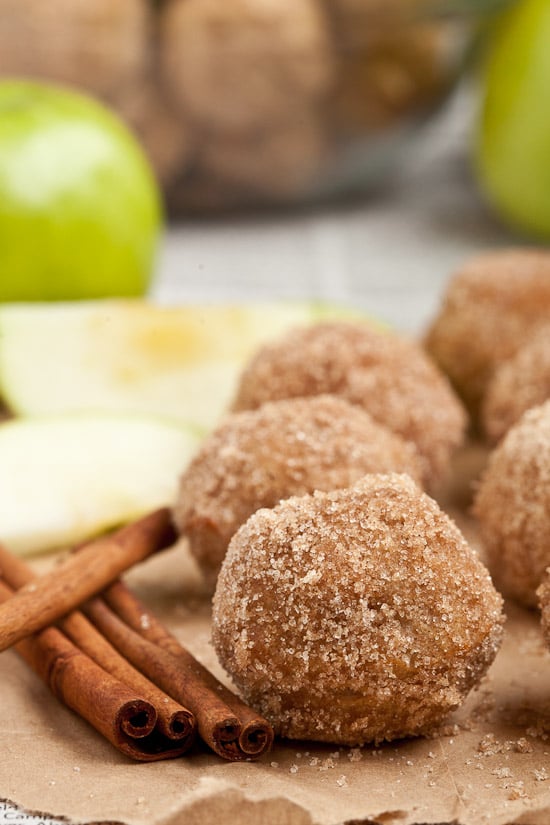 These baked apple doughnut holes are even made with whole wheat flour mixed in, which makes us feel pretty good about them. Baked, not fried.  Whole wheat.  Real bits of apples.  Cinnamon-sugar goodness.  You can’t go wrong with all that.  Make these while apple season abounds.

P.S.  The current giveaway for Cooks Illustrated is still open!

These Baked Apple Spice Donut Holes are little bites of moist, tender donuts coated in crisp cinnamon sugar. Made with whole wheat and real apples so you feel great about ’em!

Source:  Chew Out Loud, adapted from Baked by Rachel