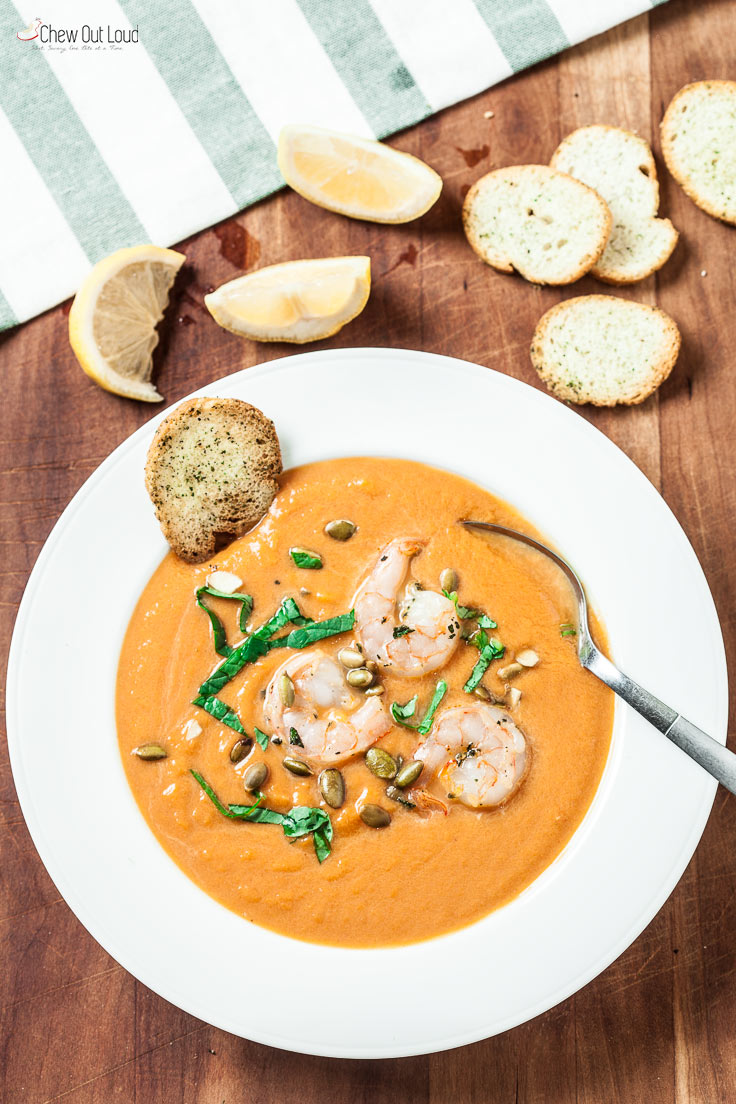 I grew up on hearty soups and stews, particularly during the fall and winter months. These past few years, I’ve thrown bisques into the stewy mix.

Bisque is known for its creamy, rich, velvety texture. It commonly gains succulence from extracting umami flavors from shellfish.

There’s typically not a lot of visual hoopla going on in the bowl, appearing rather simple…but it only takes one bite for eaters to know they’re slurping on Marvelous. 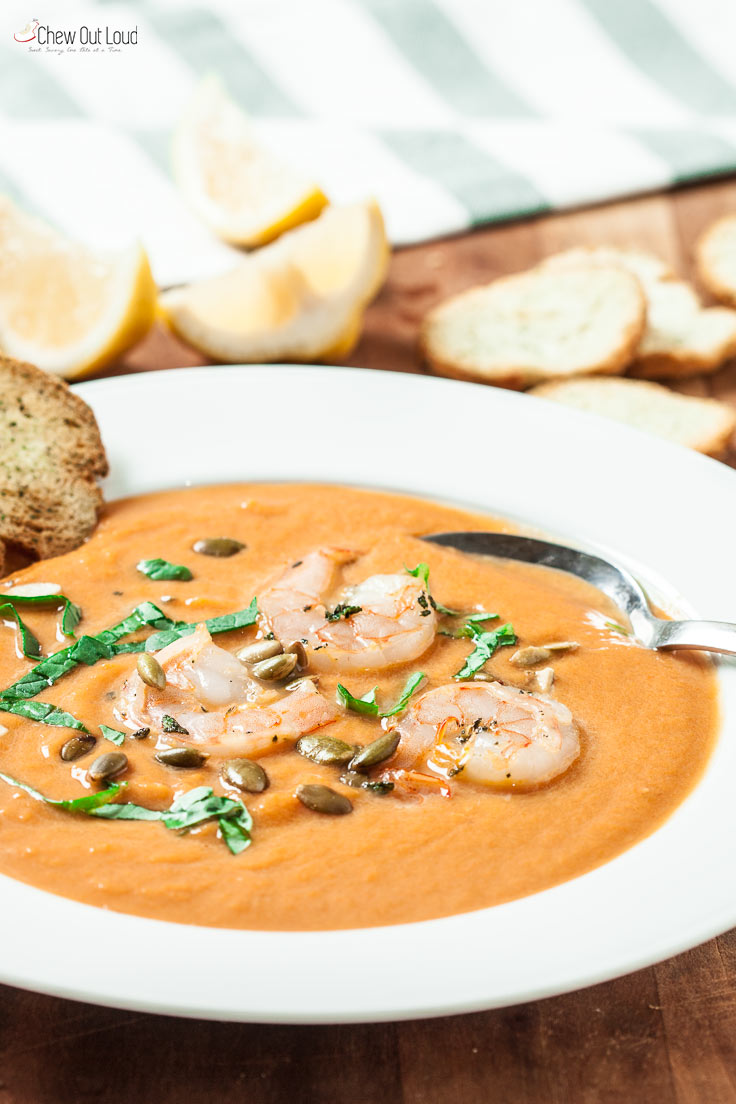 Be sure to get large shrimp with shell on. Unlike myself, who accidentally came home with two bags of pre-shelled shrimp and had to make yet another trip back to the market [I lose normal function of my brain during the holiday season.]

It’s all those crustacean shells that will extract fabulous flavor for the bisque. Plus, you’ll get major flavor enhancement from just a splash of Asian fish sauce; nobody would ever guess it’s in there, as it won’t taste fishy at all. Secret ingredient revealed. 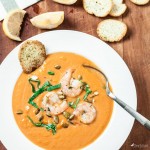 This Pumpkin Shrimp Bisque is delightfully savory, velvety, and highlights seasonal flavors. Bonus: this recipe is light and simple to make!

Source: Chew Out Loud, adapted from The Herbfarm Cookbook 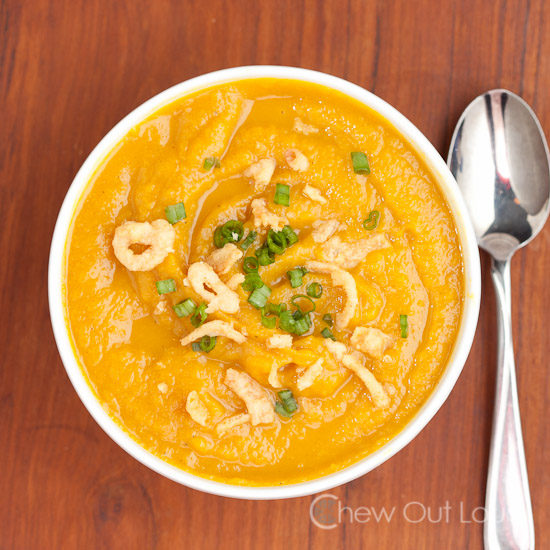 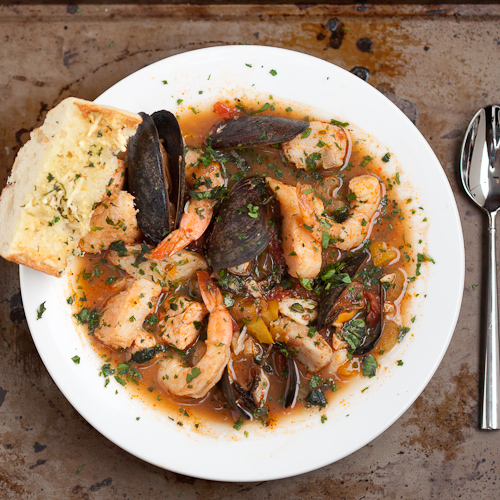 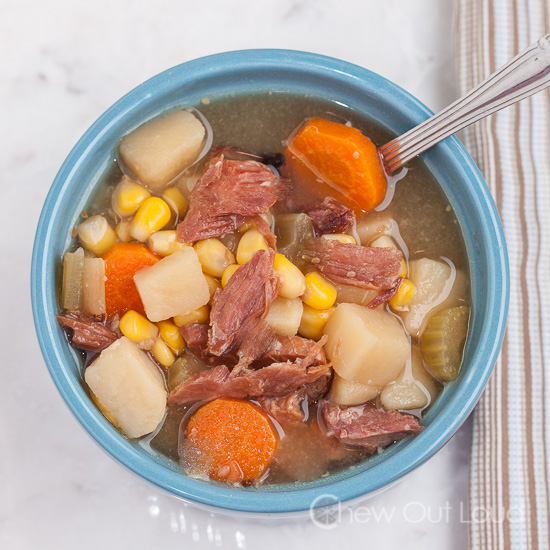