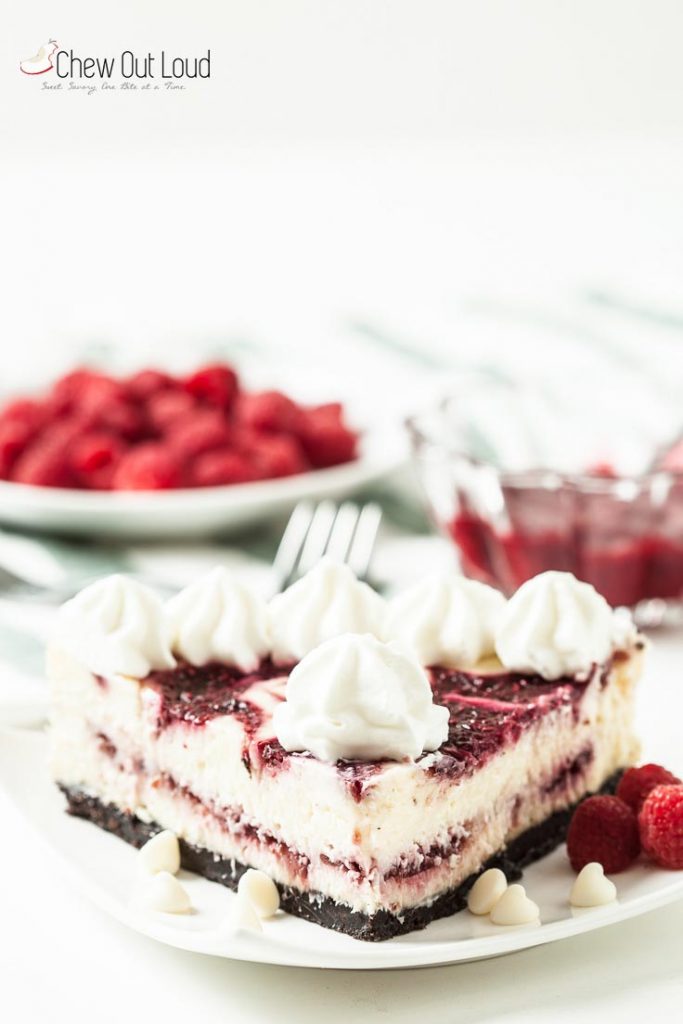 When I’m asked what my favorite special dessert is, it is consistently a toss up between these two fail-proof goodies: Melt-in-your-mouth Tiramisu and today’s White Chocolate Raspberry Cheesecake.

The former is tender, light, and creamy-fluffy. The latter is decadent, smooth, velvety rich – everything you’d suspect in a New York style cheesecake recipe.

This White Chocolate Raspberry Cheesecake makes a joyful appearance almost every Christmas and at least one birthday throughout the year. It also gets the spotlight at dinner parties, potlucks, and when friends come over. It’s common for people to stare at this cheesecake’s glory for speechless moments before cheerfully digging in and devouring huge slices. You’ll get used to its star power 🌟

I adore New York style cheesecake for its make-ahead qualities (you can make it completely ahead of time a day or two before serving.) We double appreciate its ability to freeze beautifully IF we happen to be blessed with leftovers. 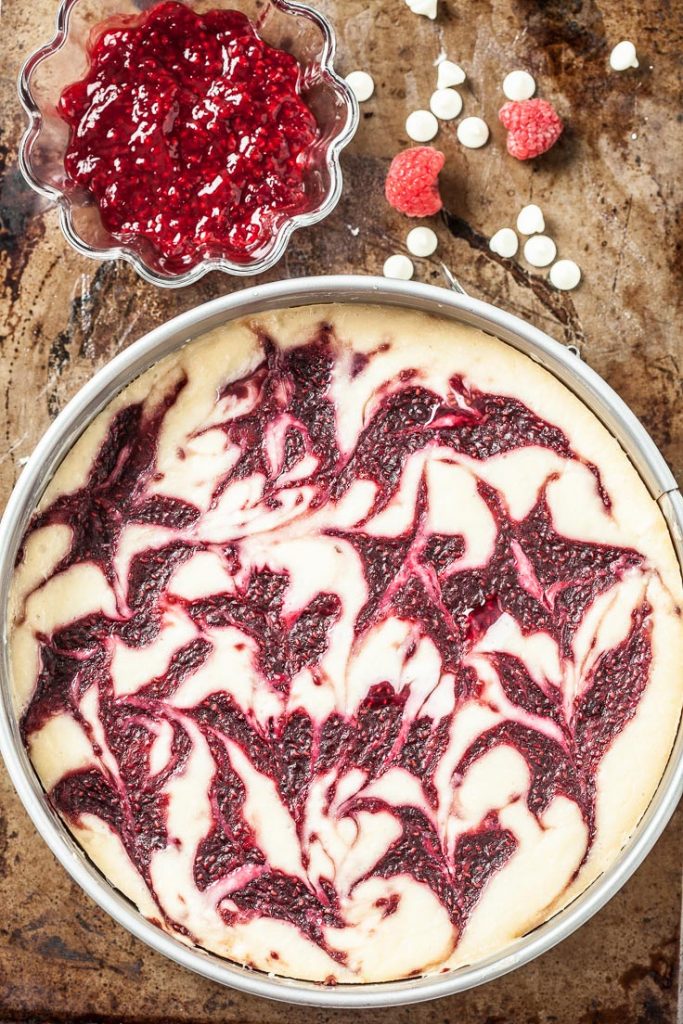 Our luscious cheesecake recipe has all this going on:

And if all that isn’t enough, this white chocolate raspberry cheesecake recipe can be fully (whipped cream and all!) assembled days before serving. That’s the deal sealer for me – I LOVE recipes that can be made ahead of time. 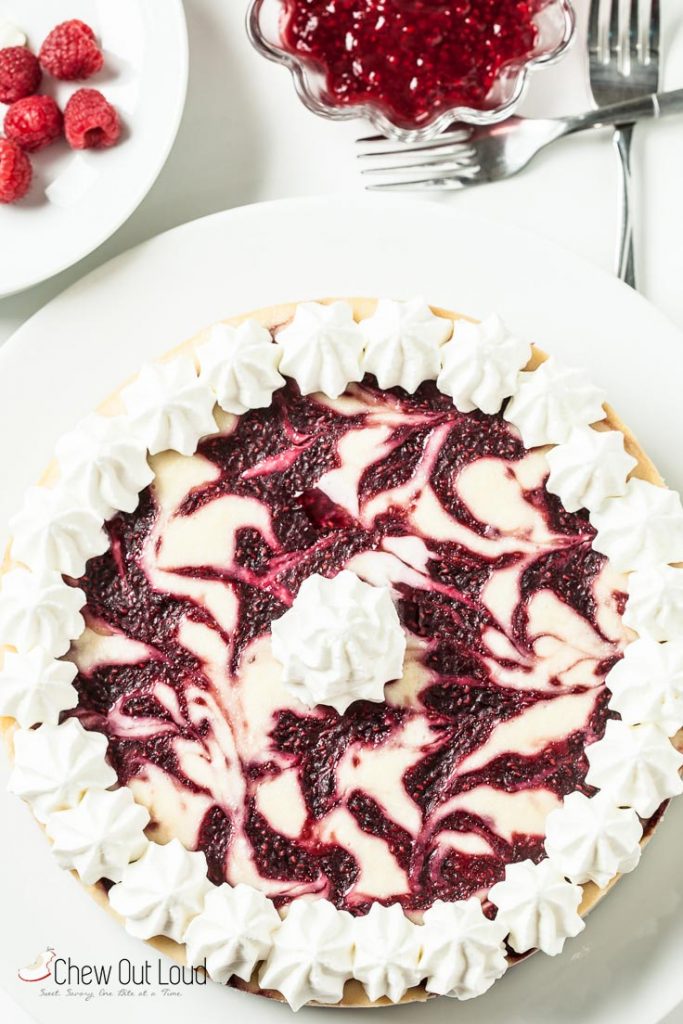 Some fluffy Stabilized Whipped Cream is highly recommended for this dazzling cheesecake.

Stabilized whipped cream holds its shape very well, doesn’t get runny, and can be piped on the cake hours before you serve it. It’s a total essential for all the desserts that love whipped cream. 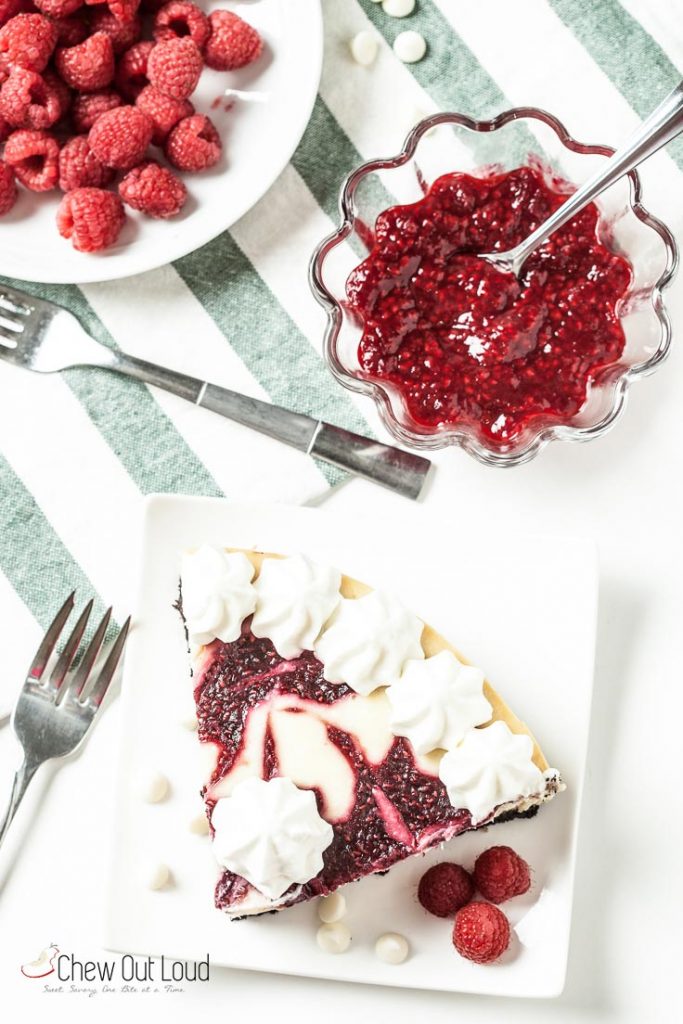 If you are freezing leftovers, simply wrap cheesecake well with cling wrap. Defrost in fridge or counter. It tastes just as yummy after being frozen!

The slow-bake method at room temp allows you to bake a cheesecake without cracks on top. It takes longer to cook, but will give you a smooth cake without unsightly cracks. 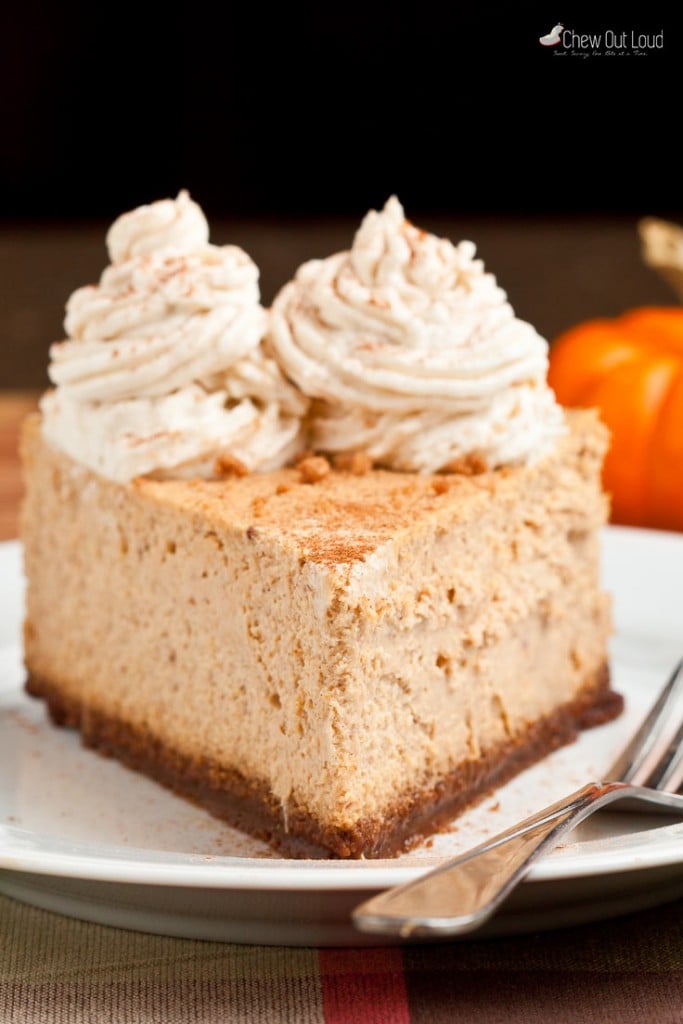 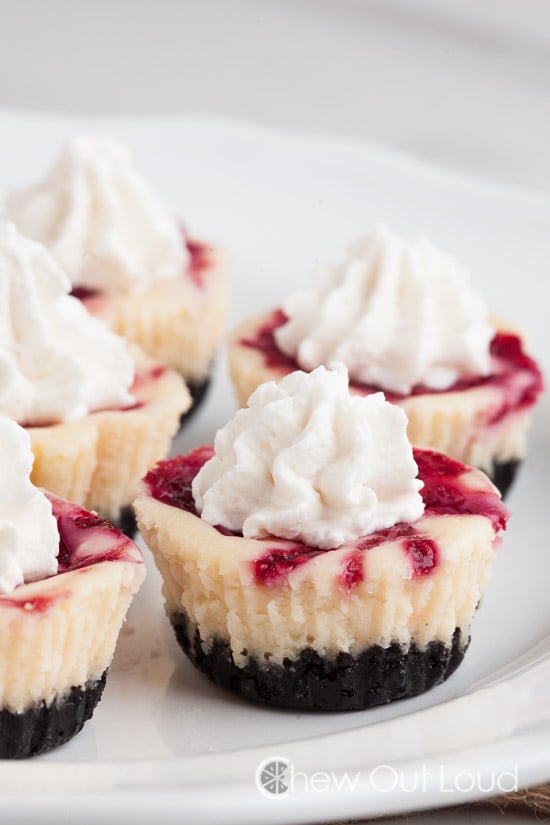 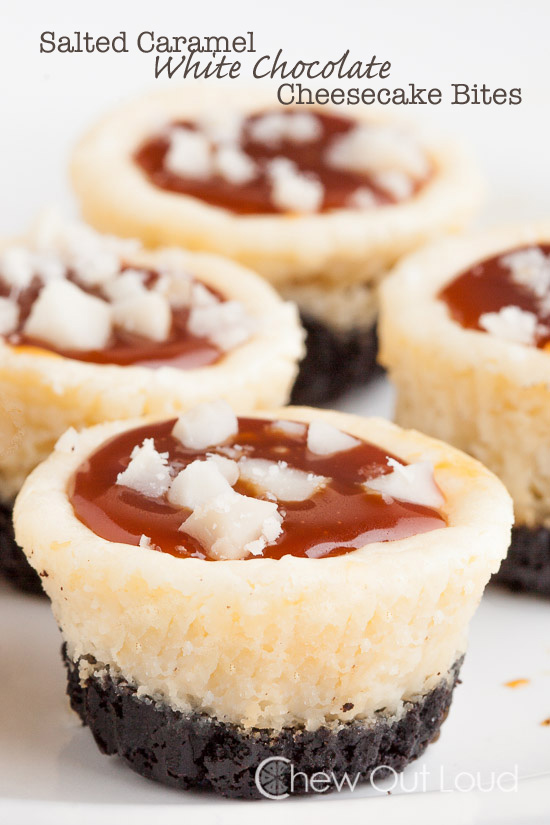 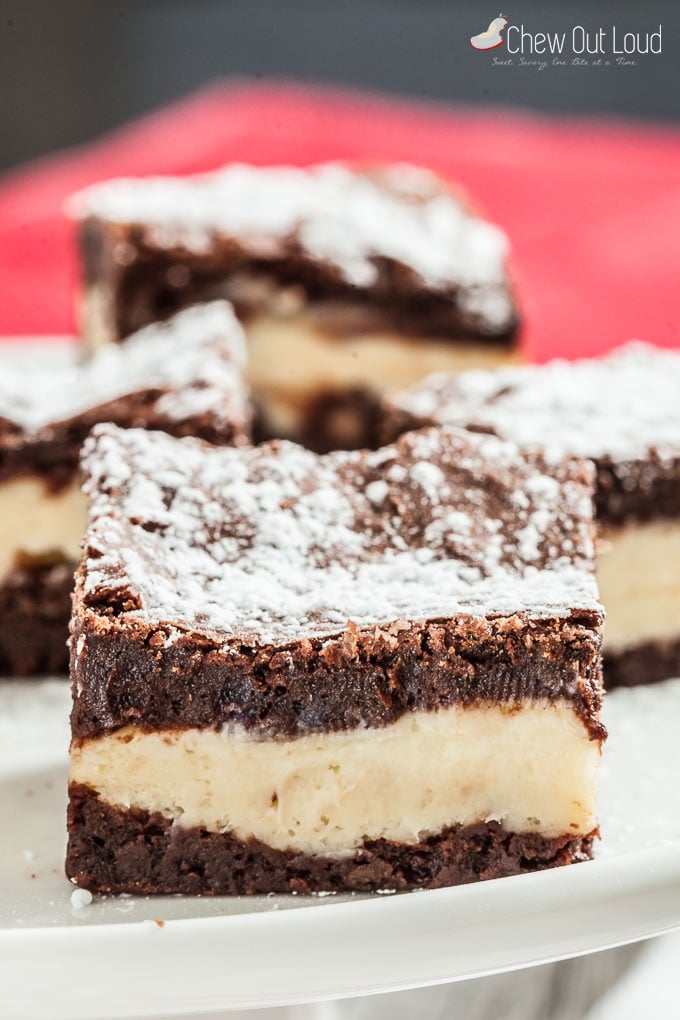 Welcome to Chew Out Loud

Stay up to date

Don't miss all the latest!

Looking for some healthier snacks for the new year